December 21, 2020
William Lagache
Comment
My name is William Lagache. Coming from Southwestern France, I arrived in Tartu last summer for one year to work as a European Solidarity Corps volunteer at Tartu 2024 Foundation. One of my long-term tasks is to help our European Capital of Culture preparations by giving a visitor's view on the places and hospitality a culture tourist experiences in Tartu and Southern Estonia. So far, my task has taken me to nine museums in Tartu, as well as the city's different neighbourhoods and four localities in Southern Estonia.

Frenchmen in Tartu. Walking in the footsteps of, for example, Monsieur Parrot

As Tartu together with Southern Estonia is going to be a European Capital of Culture in 2024, it reminds us that the “city of good thoughts” is a real well of knowledge and an impressive provider of multiple experiences.

It is very common, and human to think that the grass is greener elsewhere. It's also been increasingly common to stay in touch with faraway people and places while ignoring our next-door neighbours. Yet these trends have been upset hugely by the COVID-19 pandemic.

Among other things, the ongoing disruption of international travel has made our lives involuntarily much more local. This is an impediment, yet one that I feel we can transform into an opportunity for going deeper in our hometown. For example: visiting the numerous museums of Tartu and Southern Estonia.

This is what we miss: going to places with difficult-to-pronounce names

Generally, in my experience, Estonia is already very well-equipped in terms of cultural institutions and museums. It shows how much education, science popularization, and transmission of knowledge are important for locals.

Knowledge is shared to the people of the City of Tartu with a real good efficiency by almost 20 museums (or dedicated centers), making this city even more museum-friendly than the capital: Tartu has a museum rate of almost 20 per 100 000 inhabitants, and Tallinn almost 16 per 100 000, and only 11 museums in the strict sense of the word (others are art galleries).

From a foreign point of view, it is particularly surprising to see such a high number of museums in the same place. The diversity of topics addressed is also a source of amazement that allows you to travel in different universes while staying in your hometown.

In front of the Estonian National Museum's new building. Symbolically it is situated in the outskirts of Tartu, on a former airfield where hundreds of Iron Curtain guardian long-distance bombers were stationed during the Soviet occupation

Meeting the Estonian and Tartuvian heritage

With 2 different main exhibitions, the Estonian National Museum can provide 2 different experiences in different formats, that are both very innovative. One side is interactive, the other side is immersive. As it can be considered as the entry door of Estonia for foreigners, tourists, the mass of content can even encourage locals to discover details of history.

Despite the dark times that are reflected in the very immersive KGB Cells Museum, Tartuvians can be proud of their town as it has influenced the whole Estonia over time. The National song celebration was created in Tartu, and the Song Celebration Museum, with its new exhibition, is describing with full details the genesis of the National Song Festival, created by the Vanemuine Society.

Being the city with the oldest University of Estonia makes Tartu the main spot of interest for various topics. The Tartu University Museum name sounds too academic to some of us, but exhibitions in the former cathedral are so diverse that they can be considered as many museums in one. We can mention an elegant white hall made for special occasions, the Morgenstern hall that can make a Harry Potter movie backdrop jealous, or a dark “treasure” room that has a very relevant name as it has a bucket full of medieval coins.

This Indiana Jones-style of displaying items is also very much visible in the Tartu City Museum. Instead of the lost ark, visitors will find old items from the ancient Tartu. The occasion to discover a very complicated and exciting history of a city which changed country affiliation more than 30 times since its first written mention in 1030. In its bad luck, being invaded many times by different foreign empires allow Tartu to be a crossroad of many cultures and legacies. The most remarkable example is the different names that the city had during its history.

Many rooms, many atmospheres

While coming in the European Capital of Culture title year 2024 or before, Tartu visitors will not only discover the rich history of the city or the country, they will also be introduced to specific topics. To keep the Hollywood movie metaphor, we can mention the University of Tartu Natural History Museum, with its “Jurassic Park” atmosphere. Iguana and snakes are still living in this piece of tropical climate in the middle of cold-winter Estonia.

Once you will know more about the earth, just look up to the sky. Did you know that thousands of space corps were discovered in Tartu by famous researchers and scientists? The ambiance of the Tähetorn ("Old Observatory") is a mix between 19th-century rooms full of unique (and a bit weird) devices and the open door to a sky full of stars.

Outside Tartu, the Eesti Maanteemuuseum (Estonian Road Museum), located in a former post office of Varbuse, is more than a museum: The indoor historic side and outdoor modern side are two faces of the same medal, that not only belong to South Estonia but to the whole country. 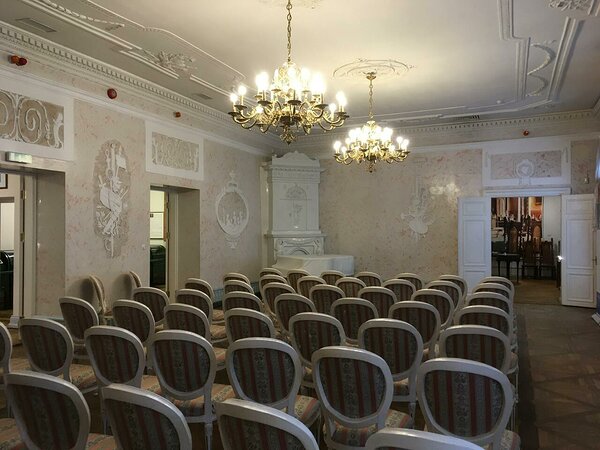 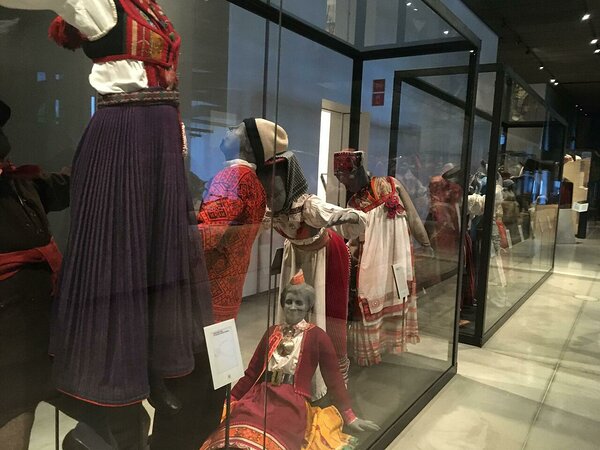 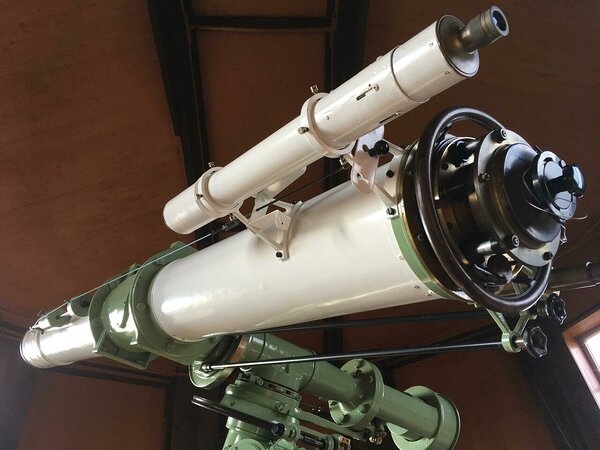 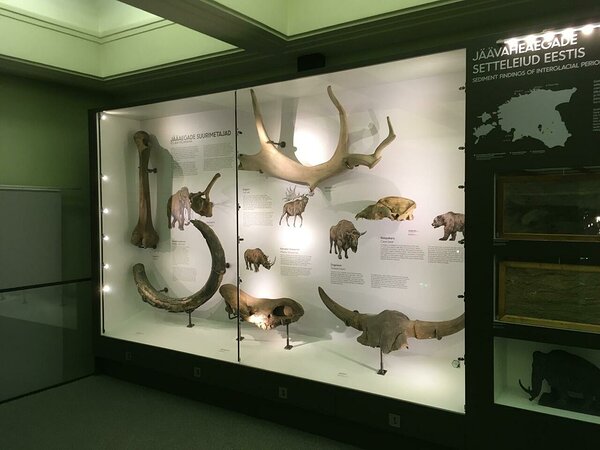 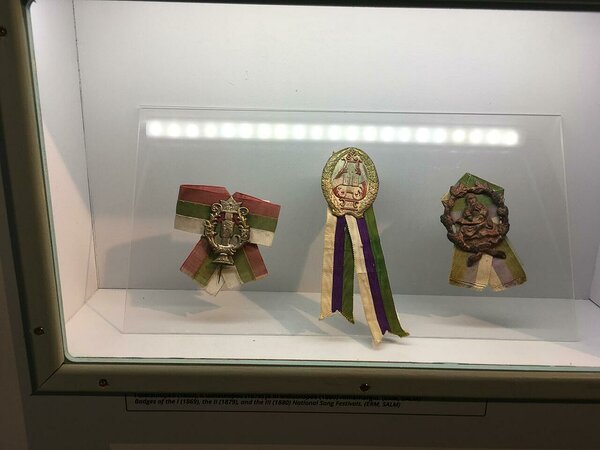 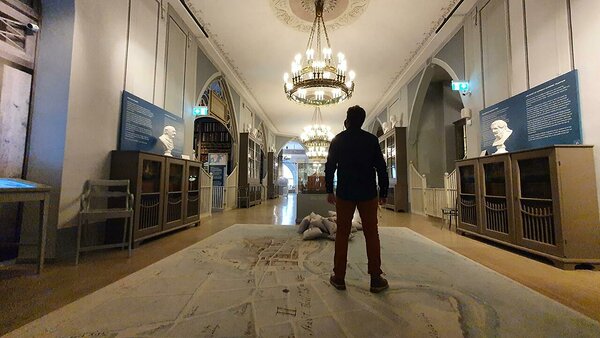 Of course, everything is not perfect in Tartu and South Estonia: In a place with such diversity, we can only regret as English speakers that some parts of exhibitions are not fully translated.

Also, some museums seem to have lesser accessibility for people with disabilities. Improving accessibility might be challenging because of their unique locations or buildings, which are relevant for the experience. Yet I hope it is continuously improved because for the benefit to the Estonian society as many people as possible should participate in culture.

A few exhibitions out of the ones I've seen so far are also still old school in their display and in need of refreshment. I hope the museums are able to use the audience potential European Capital of Culture title year presents and update them before 2024.

Meanwhile, I really feel that for the people of Tartu and Southern Estonia, living in a middle-size city, as well as in the surrounding region, having such a high number and diversity in museums is a privilege. Visiting museums will truly allow the Tartuvians to travel... while staying at home.

Tartu 2024 Foundation would like to thank TYPA and European Solidarity Corps
for volunteering support and cooperation.