Climate change affects us every day. Every step and action we take affects the environment. It can certainly cause anxiety, because it is difficult to live with the knowledge that our behaviour complicates the lives of future generations, which will also bring us closer to destroying the planet. On the other hand, we sometimes feel good about the environment, for example when we make environmentally friendly choices. Environmental issues are a challenge for global scientific communication and collaboration. We believe that one way to change the world is through green cultural management. There are more questions than answers in this area. Let's try to make the picture clearer.

The Kultuurikompass forum:  “How To Change The World Through Environmentally Friendly Cultural Management?" taking place on the 28th of April discusses the topic through three thematic sections: social agreements, the green revolution across the fields of cultural management, and a wider collection of inspiration for the future.

It is clear that climate change and environmental degradation are an existential threat to Europe and the world. Contributing to climate change mitigation is of the utmost importance. In the cultural sector this means reviewing and improving cultural policy strategies, support systems and changing cultural management practices. At the Third International Kultuurikompass forum, we will discuss, how to maintain the course towards green cultural management. How to do this in the sphere of influence of cultural and environmental policies and strategies, with the help of networks, while staying true to your creative goals? How to avoid the fatigue that such an emotional topic can cause?

By promoting cultural relations between countries and cross-border cooperation, we can increase the achievement of the European Green Agreement and global sustainable development goals and create opportunities for innovative solutions in the field of culture in Tartu, Southern Estonia and Europe.

The Kultuurikompass programme is divided into three thematic sections:

I: Setting a course from dream to reality

Big goals require political and societal vision and agreements. The first thematic section of the Kultuurikompass forum will discuss green cultural management in the light of political agreements. We will examine achieving green goals in the cultural sector and the cultural policies directing it and discuss how we can support cultural managers taking on the green revolution on the local level.

Promoting green cultural governance and achieving the European Green Agreement and the global goal of sustainable development can be the new focus for cultural networks and a point of cooperation between organisations. The second thematic section of the forum asks how networks can support the cultural sector in implementing environmentally friendly changes. What are the opportunities for cultural organisers in Tartu, Southern Estonia and Europe for developing environmentally conscious cultural management together with others?

Many festivals, theatres, and cultural managers in Estonia and Europe have taken clear steps to make environmentally friendly events. Our forum is based on sharing inspiration and best practices. In the third thematic section of the Kultuurikompass forum, we ask why cultural managers, artists, festival organisers and musicians are increasingly vocal about the environment and take steps to be more responsible and environmentally friendly in their actions and creation. What is an artist's responsibility, how can art and culture make people think about the environment and make more conscious choices in their everyday lives?

Aurora Robson is a multi-media artist known predominantly for her meditative work intercepting the plastic waste stream. Aurora Robson is a recipient of the Pollock-Krasner Grant, a New York Foundation for the Arts Fellowship in Sculpture, a TED/Lincoln Re-Imagine Prize and a National Endowment for the Arts Art Work Grant. She has exhibited her work internationally in museums, galleries and non-traditional spaces since 2002.

Robson is also the founding artist of Project Vortex, an international collective who work in innovative ways with plastic debris. Since 2014, Robson has been developing and assisting with the implementation of a course called Sculpture + Intercepting the Waste Stream designed to foster creative stewardship through academia.


Artur Mendes is one of the co-managers of Boom Festival and the Being Gathering. Due to his love for music, he became active in the Portuguese electronic music scene in the mid 90s. He has organised and curated events of several genres. Furthermore, he co-wrote and co-produced documentaries such as “Lusofonia, A (R)Evolução”, “Boom Festival 20 Years” and the books “Boom Book” and “Boom Festival 20 Years: A Visual and Oral History”. He has also been a part of the curation and executive production of Red Bull Music Academy Portugal.

His purpose as a Boom team member is to positively affect people through initiatives that transform them and regenerate the land to awaken the subversive self of the Boomers so they can transform their communities when going back home.


Else Christensen-Redzepovic is an expert and advisor in local and international cultural relations. She has led complex large-scale transnational EU projects focusing on empowering local communities, sustainable urban and regional development and internationalisation. Else has advised Croatian, Austrian and German Ministries of Culture on topics related to the European Capital of Culture programme and has trained ECoC teams.

In 2018, Else was appointed the Project Manager of “Voices of Culture” . In 2020, she was appointed to the European Union expert panel for the selection and monitoring of European Capitals of Culture by the European Parliament. Else appears regularly as expert, moderator and facilitator at key conferences and workshops throughout Europe and beyond.


Feimatta Conteh has worked across sustainability, technology development, digital culture and the arts for over 15 years. She is a trustee at Artsadmin and Invisible Dust, an active member of the GMAST network, and sits on the advisory committee for the Theatre Green Book.

The Theatre Green Book is an initiative by theatres to work more sustainably. In three volumes, it sets standards for making productions sustainably, for making theatre buildings sustainable, and for improving operations like catering and front of house.

Inge Ceustermans is the Managing Director of The Festival Academy, a non-profit organisation initiated by the European Festivals Association. The Festival Academy has grown out of the success of the Ateliers for Young Festival Managers, and offers unique and rigorous training programs on festival management to young, dynamic and passionate festival makers worldwide.

The Festival Academy is developing into a sustainable organisation with a specific global mission and a global network counting 650 festival managers from 80 countries and all continents: informed, skilled and networked festival leaders/activists with global perspectives, who can act in solidarity to effect change locally, nationally, regionally and internationally.

The founder of VeloConcerts, guitarist Jonas Skielboe has always been interested in discovering new ways to perform. After studying classical music in Denmark, Switzerland, Spain and the Netherlands, his career has spanned several genres, ranging from flamenco and crossover to rock and experimental contemporary music.

Jonas has spent over 20 years touring the world, working in the music industry and discovering different cultures. The ecological footprint of touring schedules led him to develop VeloConcerts a mobile, ecologically friendly alternative to conventional stage setups. In 2020, the VeloConcerts Austria Tour received national media attention as one possible way of hosting outdoor events safely during the COVID-19 outbreak.

For the past 11 years, Kristiina Kerge has contributed to several environmental initiatives, such as the Kuhuviia.ee service, the Let's Do It Foundation's World Cleanup Days and the concept of environmental impact metrics in cooperation with the Green Tiger Foundation.

In 2020, she founded the company Acento, together with three active people, which has helped both large and small festivals and conferences be more sustainable.


Lewis Jamieson is the Communications Director of Music Declares Emergency and a founder member of the organisation. Having worked in the music industry since the early 90’s, Lewis has a wealth of experience in all areas of the business. Initially a DJ and promoter, Lewis worked for the independent label 4AD. He has handled media for UK top ten bands and acted as PR lead for the Reading and Leeds Festivals.

In 2019, Lewis was one of the founders of Music Declares Emergency with other leading industry professionals and recording artists. Their declaration of a Climate and Ecological Emergency has amassed over 6000 signatures from music industry organisations, artists large and small, and a swathe of major and independent labels.

Marleen Viidul is the Head of the Department of Culture of Tartu City Government, who has been active in the field of culture both as a cultural organiser and as an official. In her work, Marleen has repeatedly experienced that culture is an area that drives significant change and makes every place truly livable, unique and attractive. The cultural sector is often one of the advocates of environmental issues, proving that change starts with small steps and everyone's contribution counts.

Taaniel Raudsepp has studied comparative cultural theory and sociology at the Estonian Institute of Humanities and obtained a bachelor's degree in photography from the Estonian Academy of Arts. Until his appointment to the Undersecretary of the Ministry of Culture position, Raudsepp was a member of the Art Hall board. He has previously worked in the private sector, practicing as an active artist and creative director in the development of e-learning solutions. He has been a risk manager at Hansapank and a lecturer at the Estonian Academy of Arts.


Vivian Loonela is the coordinating spokesperson for the European Green Deal at the European Commission. Previously, she was the advisor on foreign policy and cybersecurity to Andrus Ansip, Vice-President for the Digital Single Market. She has also been in charge of international aspects of data protection and worked at other positions responsible for justice and home affairs, transatlantic relations and rule of law in the European Commission. From 1997 to 2005 she worked at the Estonian Ministry of Foreign Affairs, including a posting at the Estonian Permanent Representation to NATO. She has graduated from the Law Faculty at the University of Tartu. 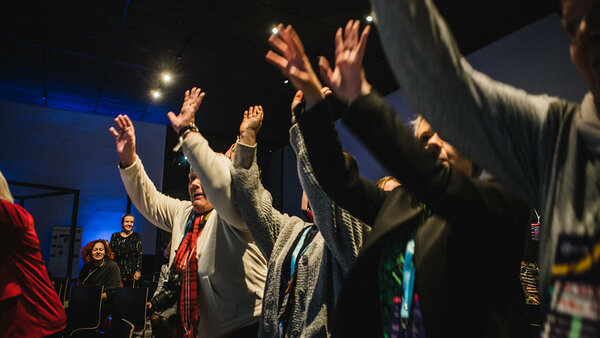 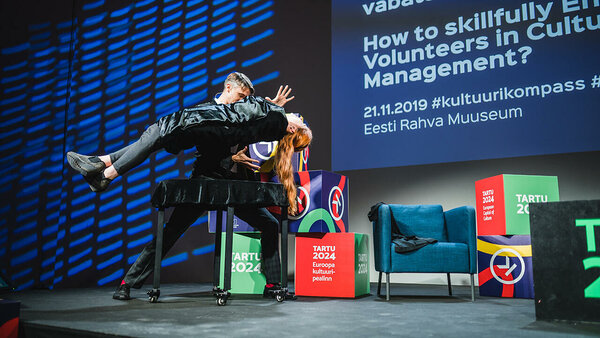 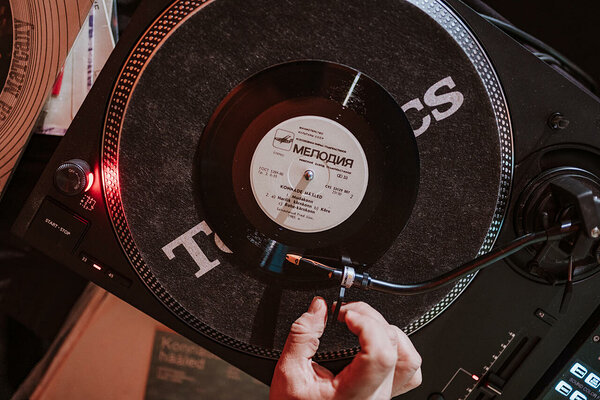 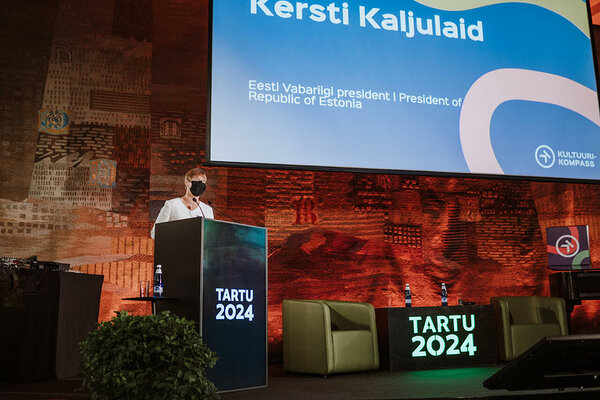 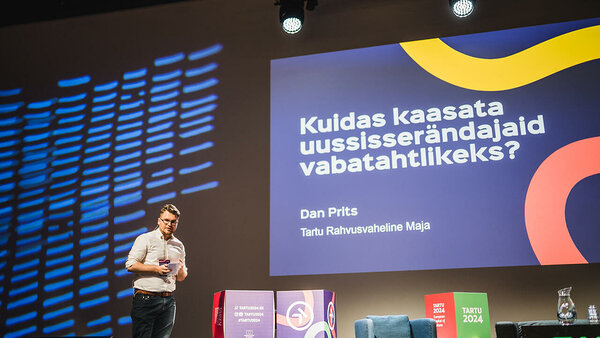 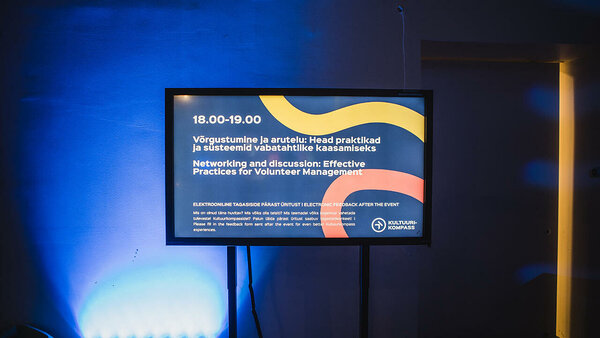 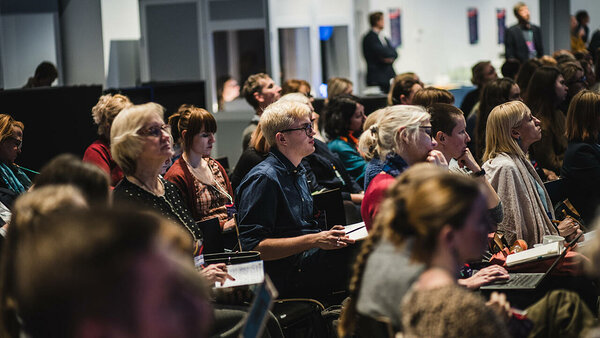 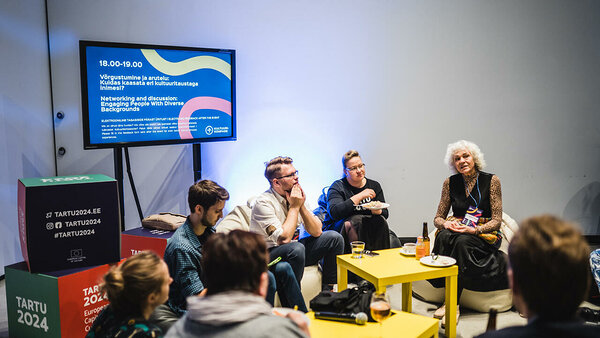 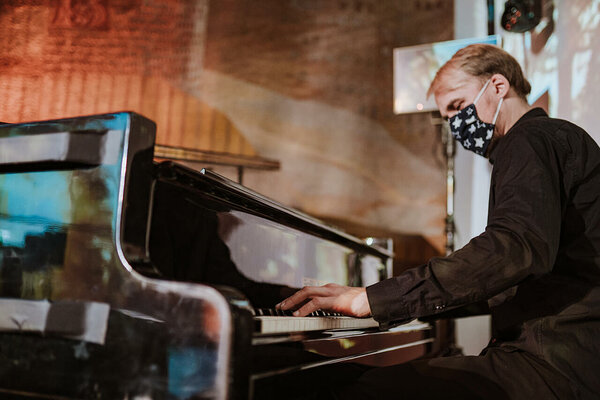 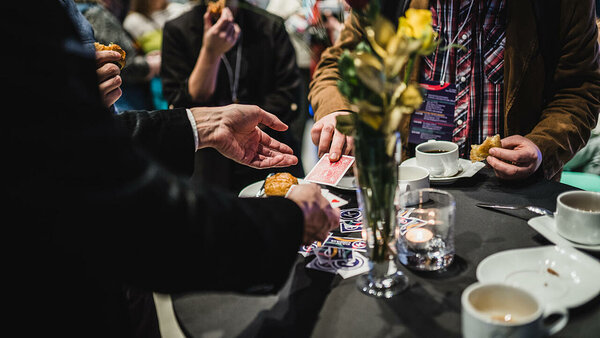 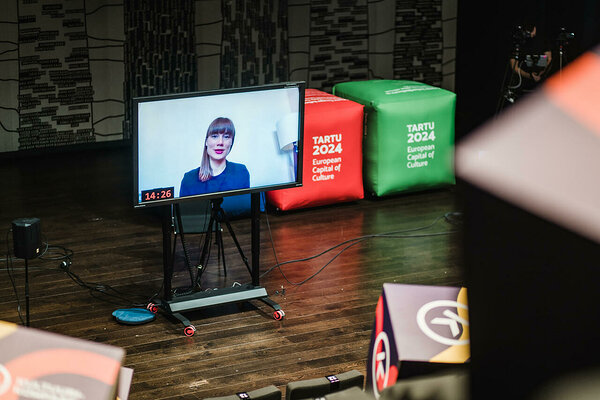 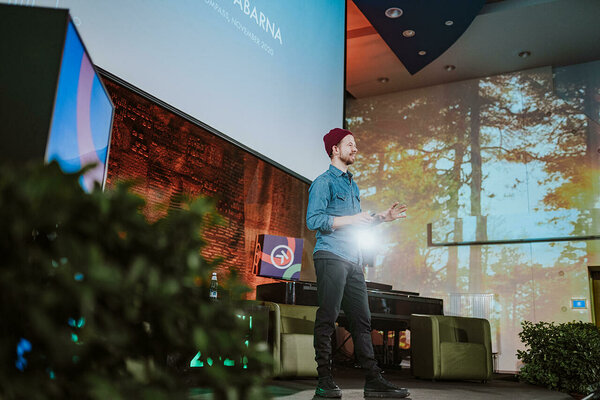 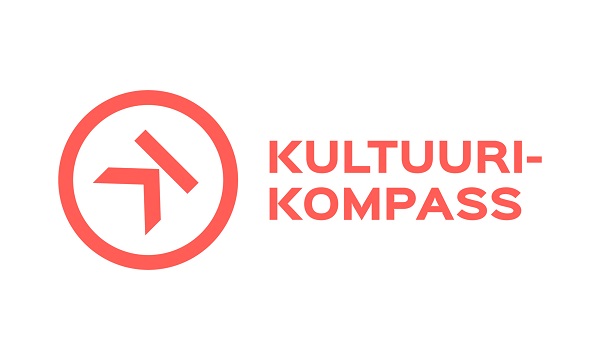 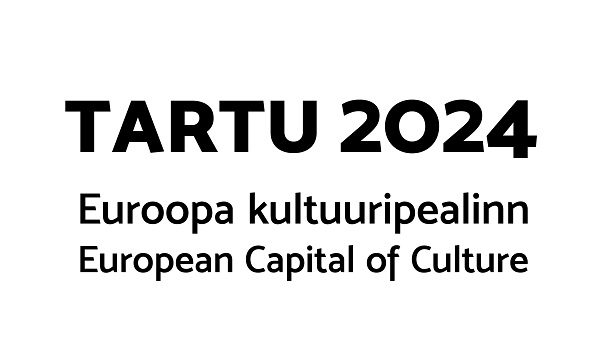 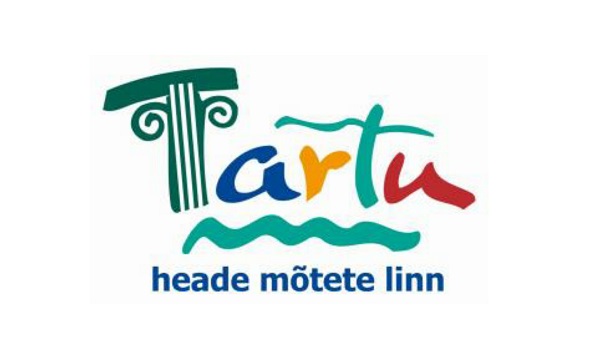 Kultuurikompass is a capacity building programme for culture managers, artists, creative and social entrepreneurs in Tartu and Southern Estonia. We invite everyone to learn from each other because knowledge and experience exchange help entrepreneurial and responsible cultural managers find new and more diverse audiences, and achieve their goals.

Kultuurikompass programme consists of forums and seminars, and it is developed by the Tartu 2024 Foundation and Tartu City Government in cooperation with partners from around the whole Southern Estonia. The first forum took place in January 2019 and by the end of 2020 there 2 international forums, 6 forums, and 2 side events have taken place.